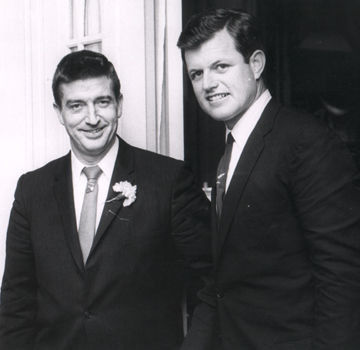 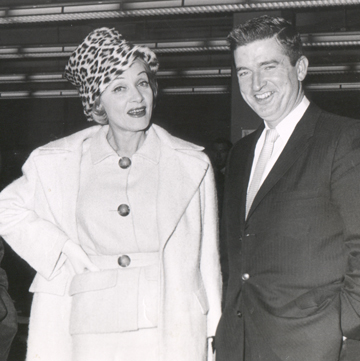 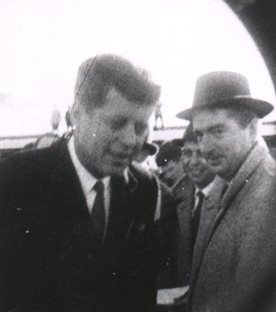 He was indeed an old style newsman.

Dan Kennedy, Jay Fitzgerald and others were so kind enough to post about my father (with several local commentators expressing interest in his prospective book) that I thought I would give you a little taste of what’s in the archive:

Next is dad with Marlene Dietrich when she stopped in Boston.

My favorite is this shot, taken from 16mm film of my dad with JFK on his presidential campaign.