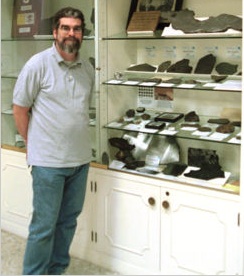 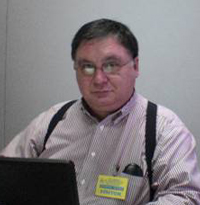 The Rise of Modern Science panel was a lot of fun. Although we’d all emailed each other prior to it, it was the first time for me to meet both Br. Guy and Mike Flynn. Mike was more than prepared for the panel, which, considering it was a Friday evening, 7PM, while many attendees were probably still checking in to the hotel, it was well attended. I’d say the room had seats for 100 and it was 75% capacity.

In addition to 4 tomes on the history of science (3 of which I have in my library-Lindberg and Grant), Mike brought his laptop, fired it up with some Gregorian chant just within the range of hearing in the background, as he referred during the course of the panel to the excellent article he wrote for Analog (published in the July/August 2007 issue), titled De revolutione scientiarum in ‘media tempestas’, which Mike was kind enough to send me. If you grovel appropriately, I’ll ask permission to send a copy to you; on the other hand, he may not want to do that. In which case, hie thee to the nearest library to photocopy your own–it’s must reading. He did a huge amount of research for Eifelheim.

Brother Guy moderated, and he’s just finished his own new book, God’s Mechanics: How Techies Make Sense of Religion. Afterward, since no one had any other panels to host, we hit the smaller of the two Westin hotel bars and I bought both gents a round. I had a 7&7, while Brother Guy had a glass of chardonnay and Mike, glancing back and forth at the Bushmills and Jameson, good Irish whiskies both, opted for the former.

The panel was videotaped. I haven’t found out yet where it will be posted, but will provide a link if its available. This paltry posting doesn’t do justice to it.