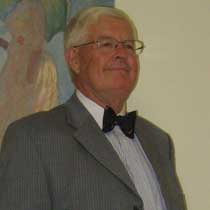 The Long Arm of Terror
My wife and I are in Montreal over the Thanksgiving holiday. My father-in-law, who was diagnosed several weeks ago with normal pressure hydrocephalus, had undergone neurosurgery, and after several worrisome weeks has shown a rapidly advancing recovery.
So this Thanksgiving we have had something to be truly grateful for. And yet in the midst of this, the terror in Mumbai has struck home here. One of the three physicians who run the Julius Richardson Hospital here in Montreal, where my father-in-law was undergoing his rehab, Michael Moss, we have just learned was killed by the terrorists in the Mumbai attack. The story from the Gazette is here.
In his mid-seventies, Dr. Moss, a veteran of the British Navy, was on vacation at the Taj Mahal hotel in Mumbai when the terrorists struck. God rest his soul.